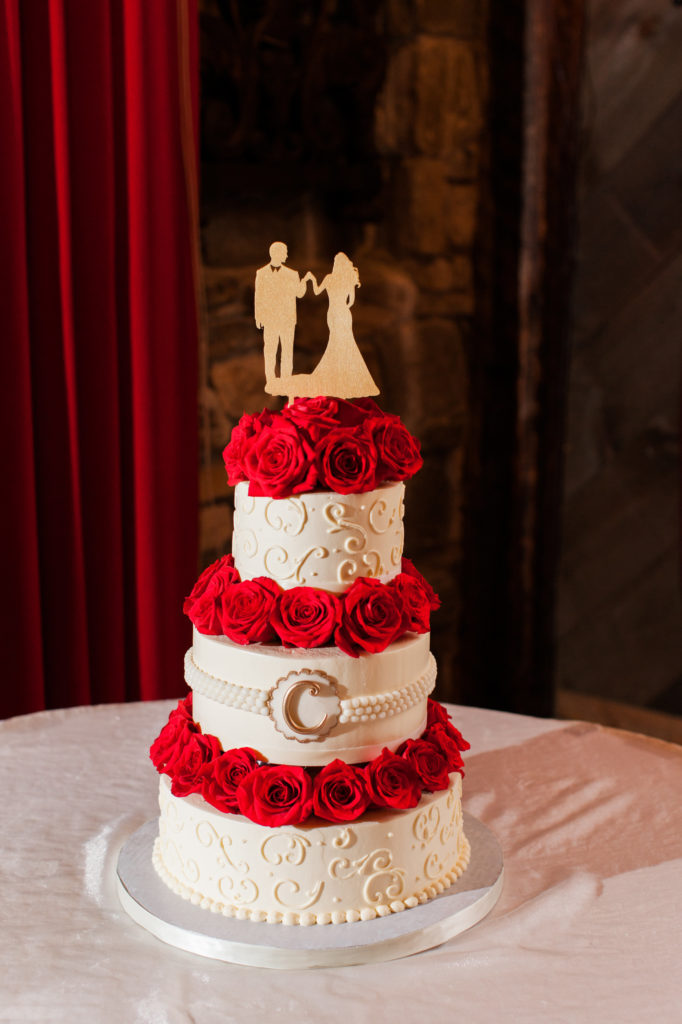 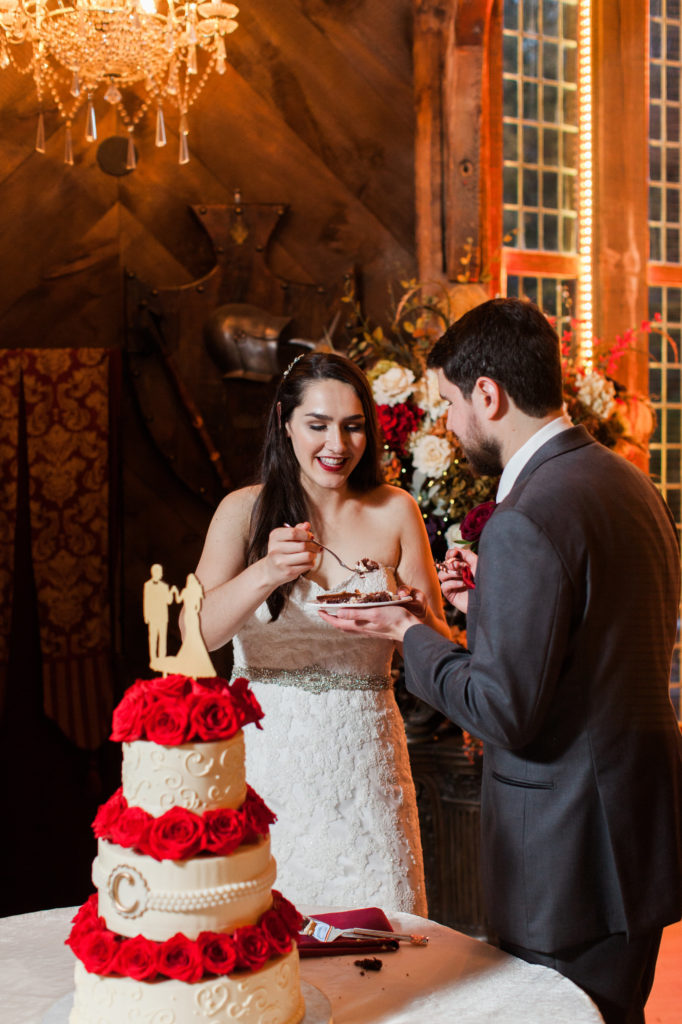 Britny & John’s October wedding cake stood out perfectly against the dark wood features in Bill Miller’s Castle! The couple had a very specific design in mind for their perfect cake, and we were excited to take that design and make it a reality.

All three tiers of the cake were frosted with a traditional ivory vanilla French buttercream, and were accented with pipped scrolls in the same color to give a subtle, sophisticated look. The middle tier also showcased a fondant beaded band with a gold bordered plaque, which was used to display a gold monogram “C”. A small pop of metallic was exactly what the cake needed, and matched perfectly with their simplistic silhouette topper! Finally, the tiers were raised in order to achieve the illusion that each tier was floating on freedom red roses.

The couple fell in love with our cannoli filling, but put their own little twist on the popular cake by using chocolate cake instead of vanilla.

Congratulations to Britny & John, it was a pleasure making this elegant cake come to life!

Welcome to JCakes!  Due to an expected busy season, appointments are required for all cake and cupcake consultations. We kindly ask for at least 2 weeks' notice for all orders.  Please place orders of any size as early as possible. We are completely booked through June 29th.